The Pah Tsung School was first established during the Japanese colonial era because it saw many children and young people who did not attend school at that time. After Indonesia's independence, around 1947 there was a group of people of Chinese descent who took the initiative to establish schools. A Senior High School was opened where the majority of students were of Chinese descent with the name Pah Tsung. This comes from the word Pah Tsen which means Batavia and Tsung Sio means Middle School which means Middle School located in the Batavia area.

Then when Batavia changed its name to Jakarta, the school also changed its name to Ya Tsung, which means Middle School located in the Jakarta area. Because the majority of students are descendants of the Chinese Hoa race, the language used is Mandarin.

During the New Order era, Mandarin was considered a form of threat to the government, so that in 1966 schools were forced to close and all teaching and learning activities were stopped.

Around 2000 the alumni from Pah Tsung School regrouped with the discourse of wanting to rebuild their alma mater with the aim of improving the quality of education by building a non-commercial flagship school. All forms of effort and effort have been made so that around 2007 the alumni seriously made various preparations to open schools. In 2009, the Pah Tsung School building was built in the City Park Complex block A4, Cengkareng, West Jakarta. Pah Tsung School has received full support from alumni under a foundation called the Panca Cemerlang Foundation. This foundation is an institution that organizes and manages, creates concepts, visions, missions and educational strategies and school work direction. 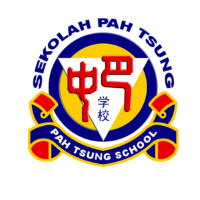